About CERTH/ITI
CERTH/ITI is one of the leading Institutions of Greece in the fields of Informatics, Telematics and Telecommunications, with long experience in numerous European and national R&D projects. It is active in a large number of research domains such as Security and Surveillance, Image and Signal Processing, Computer & Cognitive Vision, Human Computer Interaction, Virtual and Augmented Reality, Multimedia, Database and Information Systems and Social Media Analysis. CERTH/ITI has participated in more than 175 research projects funded by the European Commission (FP5-FP6-FP7 & H2020) and more than 160 research projects funded by Greek National Research Programmes and Consulting Subcontracts with the Private Sector (Industry). The last three years, the Information Technologies Institute has attracted an income of more than 25.5 M€ from National and European competitive R&D projects. For the last 10 years, the publication record of ITI includes more than 275 scientific publications in international journals, more than 600 publications in conferences and 101 books and book chapters. These works have been cited more than 6.500 times.

Role in the project ITI will be mainly involved in contributing towards WP4, T4.3 with a blockchain-based solution in support of asset tracking and handling only by certified members of the network, providing auditing and a secure access framework. The solution will be developed via a core edicated team of 5 research associates with expertise in parallel/distributed systems and decentralized architectures, cryptography and blockchain smart contract development. Under the supervision and direction of two ITI researchers, the team is aided by several other research associates active in the aforementioned H2020 research projects, to which it contributes in the architectural and development phases. Also ITI will be involved in WP5 and more specifically in Visualization tools that can efficiently handle complex multidimensional data, process and help the user take decisions, e.g. via sophisticated magnification, root cause analysis, clustering, etc. They have been demonstrated in the relevant operational environments (i.e. TRL 6 - 7) of several projects such as NEMESYS, ISSENSE, Frailsafe, myAirCoach etc. CERTH has also a significant experience in the development of AI detection techniques for known attacks and threats incorporating deep learning and techniques Participation in projects such as GHOST, ALADDIN (TRL4) and early research efforts justify current experience in AI. The experience gained from this project is aimed to be transferred to DIAS. 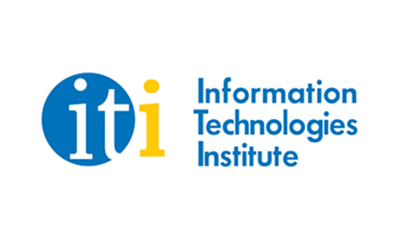